Skip to content
HomeOn the nature of War & Peace

For this goal I will not use historical arguments but instead I will lay out a few common sense dynamics for a social simulation to finally discuss its results… Also, at the end I will surrender my opinion for any anybody to refute at will.

So once upon a time there was a new land —squared in shape— that was colonized by a group of people with two distinct and marked ideologies: Red and Blue. There was about the same number of Reds and Blues colones and they distributed randomly, and peacefully, in the new land.

Next we can see a picture of this new land with its citizens represented by red and blue dots which size, and color intensity, indicates how far they are in their Blue and Red ideologies. The initial intensities of their ideologies can be thought as the values of a Standard Normal Distribution.

Now let’s see how this new society evolves with the “topper rule” and the “two worlds rule”:

These two rules will be implemented in the simulation in the following way:

Finally,  the smaller clusters either join to form bigger ones or disappear allowing the boundaries between the groups with Red ideology and Blue ideology to become fairly stable —many iterations are required to change them in a significant way. Below we can see the end result after 150,000 events.

If we define the “moderates” as those whose position, either in the Red or Blue spectrum, is within a standard deviation of the population, we would find that at the beginning of the simulation we had around 67% of moderates and after reaching the “equilibrium” now we only have around 5%.

This small 5% are the ones keeping society from falling into a spiral of violence, they are the ones building bridges between the two communities, the ones that will be scorned with the “equidistante” word. If we remove the “two worlds rule” only dark shades of Red and Blue will be able to interact and they will be too far away in their beliefs to reach agreements… this means war, and this 5% is the one becoming increasingly smaller in Catalonia.

I believe that the above dynamics fairly describe many modern societies. We buy into the “with me or against me” mindset very easily, and we reason our views with one another as we would a sport match.

If unchecked, societies polarize so much that they simply break. We truly don’t learn from history and tend to forget how fragile peace is. I once asked a refugee from the extinct Yugoslavia about the prewar atmosphere in her country before disaster struck, here is her terrifying answer:

“There was no prewar atmosphere, I didn’t see it coming.”

There is none… Well, unless we want to call “solution” to the reconciliation process lay out by the winners of a Civil War.

Once we reach that 5% of moderates in a population, Red and Blue sides will steadily radicalize until disaster. We might think education is a solution but the educative process is controlled by majorities in democracies, and when the majorities are already radicalized there is no hope in education doing anything good, quite the opposite.

My workaround —I resist to call it ‘solution’— for this otherwise unavoidable civil unrest scenario is… [drum roll] The Two State Solution. This workaround is in my opinion the best chance for Palestine, Catalonia, Scotland, Northern Ireland, Ukraine… etc.

When two communities reach a point where they cannot live together, rather than having a miserable existence they should divide land and resources and part ways.

Of course no side wants to split Catalonia in two because they both want the whole Catalonia to be one color, not to mention the discussion on how to split land and resources might be an ordeal, but at least both sides would share a common goal and, walking towards that goal, there should be plenty of opportunities to rethink if we truly cannot live together… And if that’s the case… Farewell and Godspeed.

Apparently I am not alone when thinking a ‘Two State Solution’ might be the way to go. Check the popularity of this change.org petition asking precisely that. 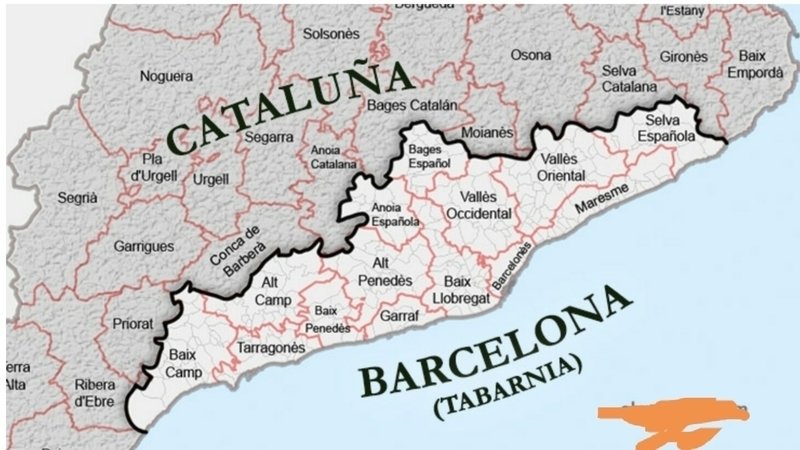