Skip to content
HomeIsrael vs Palestine: Who is to blame according to statistics? 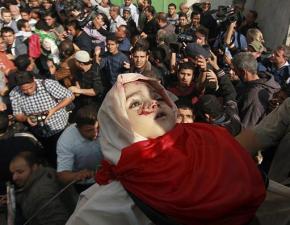 When Hell opens its gates in the Holly Land this is how the story goes most of the time:

After the latest of a series of endless conflicts between Israel and Palestine I wondered if I could do some statistics to figure out how much truth and how much bias media have when they drop blame on one side or the other. It is obvious that the Israeli side causes more damage to the Palestinian side given its military supremacy, nobody question this, but I wanted to know if there is data showing which side instigates the other since, according to whom you read, the instigator is always the other side.

To validate the initial conclusion let’s consider positive, negative and neutral periods as those coming right after a non-positive, non-negative and non-neutral period and, by counting those, we might have an idea of who engages into instigating the other side more often. Next we can see a graphic summary of such periods since 1979 to 2003.

We can also see that, though Palestinians engage in negative initiatives more often, they also do so for shorter periods of times than Israelis whose initiatives, interestingly and probably for strategic reasons, show a peak in the 6 weeks length period. On the other hand, for positive initiatives both side show the same preference in their length though, in this case, the most likely reason is because the positive initiatives consist mainly in negotiations and once they are over, they are over for both sides.

There are obviously many different ways to interpret the data based on ground knowledge of what is actually going on in the conflict; while some may see in the data proofs that Palestinians are the instigators other may say that data shows clear evidence that Israelis are trying to stall any peaceful process. Nonetheless, I think it is a good idea to consider the rates of positive and negative initiatives in order to have a better understanding of the issue.

In other to try to give answers to my questions the first step was to obtain reliable data for the study (if such thing exists in this conflict), so I used data from the Penn State Event Data Project which, according to their site:

It goes without saying that the study cannot be more reliable that the data is based upon, but this is the best I could gathered. The particular dataset I have used can be found nicely embedded in the MSBVAR R package with the name IsraelPalestineConflict whose description reads:

This data set gives Goldstein scaled totals that summarize the Israeli-Palestinian conflict from April 1979 – December 2003. These are dyadic or directed actions from one party towards the other.  Data are weekly starting April 15, 1979.  Positive values indicate cooperation, negative values indicate aggression.  These are a subset of the Levant dataset from the Kansas / Penn State Event Data System Levant dataset.  The data are from Reuters and AFP news sources and encoded into the World Event Interaction Survey (WEIS) coding system and Goldstein scalings using the Penn State Event Data System TABARI program.

After Qassam rockets were introduced in 2001 the negative values in the data are permanent and it does not help in this study because since that moment on every value is negative and, therefore, one huge negative initiative is taking place for both sides. But anyway, right up to the Qassam rockets this is how the Goldstein scale shows the conflict:

We cannot trust media but, can we then trust data? of course not! But at least raw data does not carry the huge bias that media introduces when they interpret it… only our own bias when we interpret it, which often is just as bad if not worse but, nonetheless, sometimes a different bias makes a study worth the time.